– Aspirator: primarily used as pre-cleaner. Crops pass across air stream so particles that have a greater surface area and more resistance to the air stream are lifted and deposited in a separate location. A aspirator is primarily used to remove dust, fines, and chaff.

– Indent (length separator) : An indent uses centrifugal force and length differences to lift material from a seed mass, making a length-sizing separation. The inside surface of the cylinder has small, closely spaced, semi-spherical indentations. In operation, the seed mass to be separated lies on the bottom of the cylinder. As the cylinder rotates on its axis, the short seeds in the mass are lifted from the mixture by the numerous indents. At some point before reaching the top of the rotation, the seeds drop from the indents and are received by an adjustable trough.

– Grader (rotary screen): A grader is a size separator that classifies seed either by width or thickness. It employs cylindrical screens that are mounted horizontally and have slotted or round perforations. In operation, the seed lot to be separated is fed into one end of the rotating shell where it tumbles and migrates  toward the tail end. Longitudinal movement is caused by a continuous spiral channel and a slight incline of the cylinder. During the transit, seeds or particles smaller than the perforation drop through the screen while larger material is retained and discharged out the tail end.

We use belt conveyors for unloading/loading peas/lentils/chickpeas to gently handle the grains. 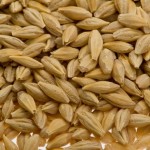 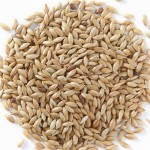 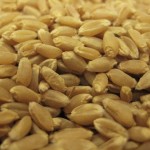 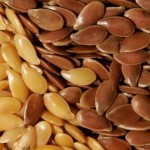 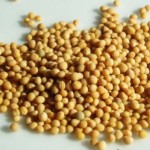 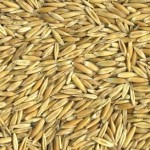 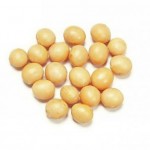 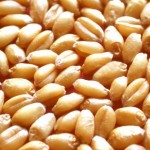